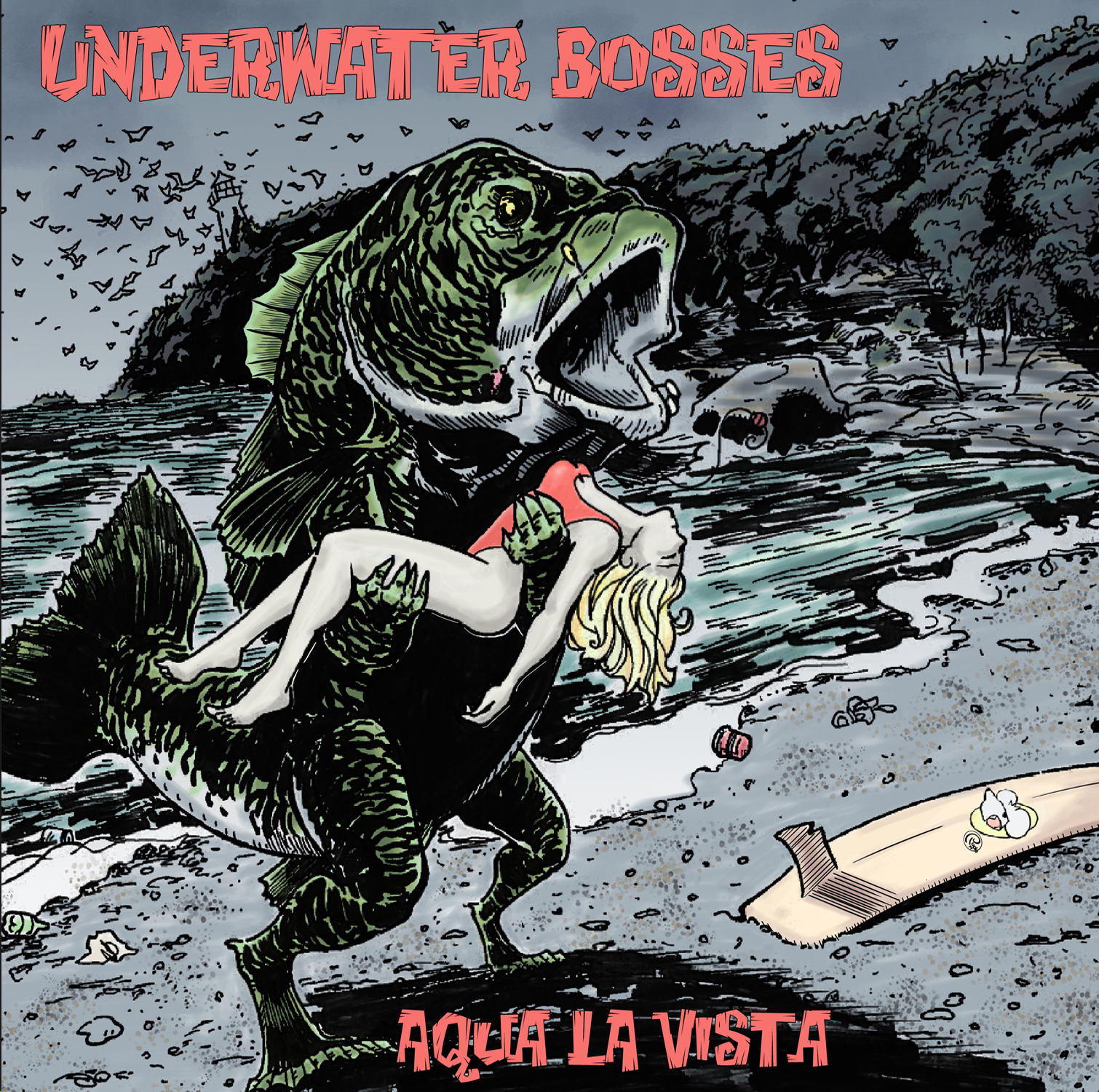 Underwater Bosses draw influence and inspiration from the likes of Descendents, Dead Kennedys, Misfits, Shadowy Men on a Shadowy Planet, The Mermen and Man or Astro-Man?