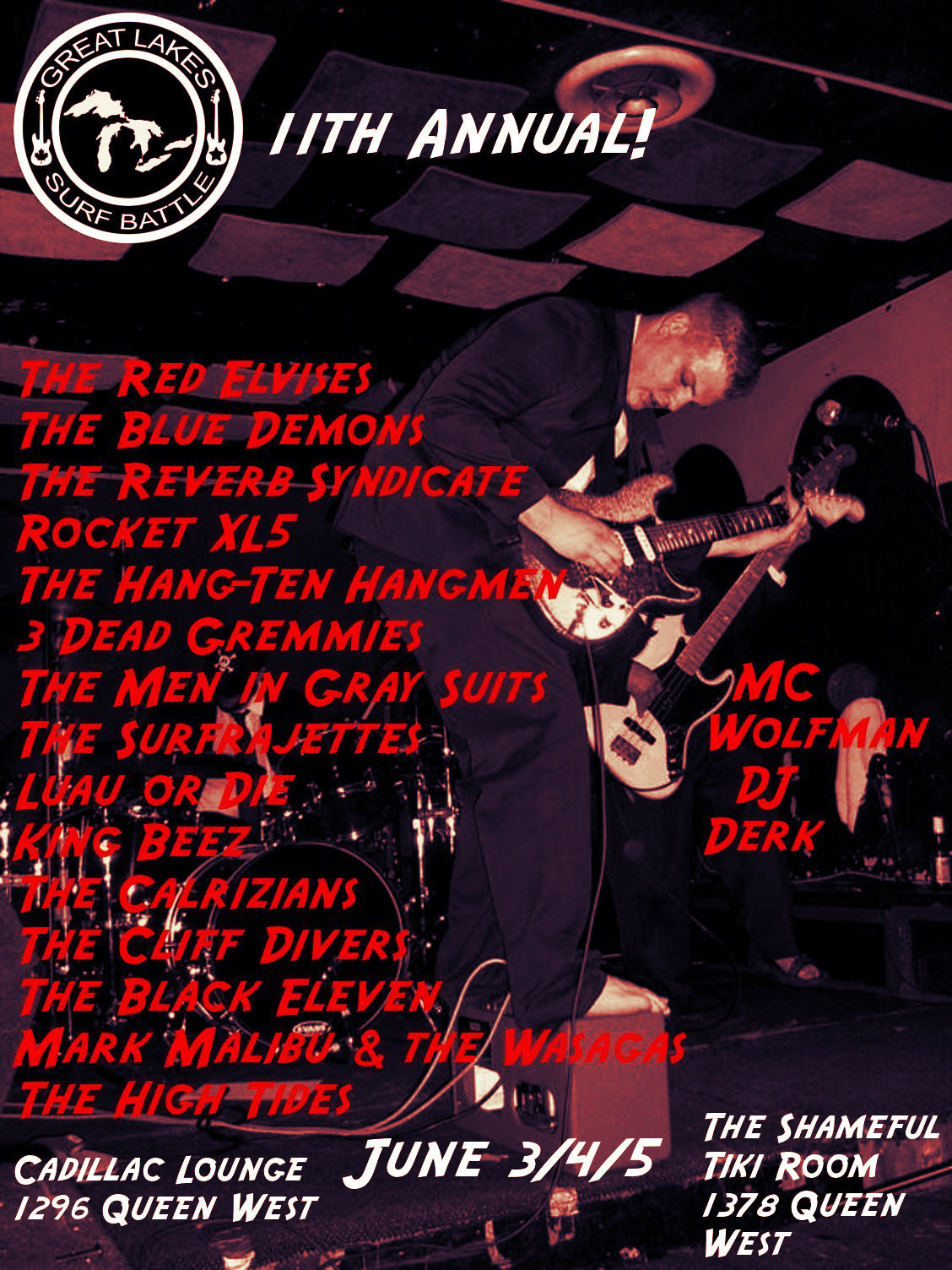 Presenting the 11th Annual Great Lakes Surf Battle! On Friday June 3rd, we shall kick off the festivities with an opening night party at the Shameful Tiki Room (1378 Queen St W) with the Hang-Ten Hangmen!

At 8pm, the party moves one block East to the legendary Cadillac Lounge for a night of reverb fuelled, surf rock mayhem! $10 at the door!